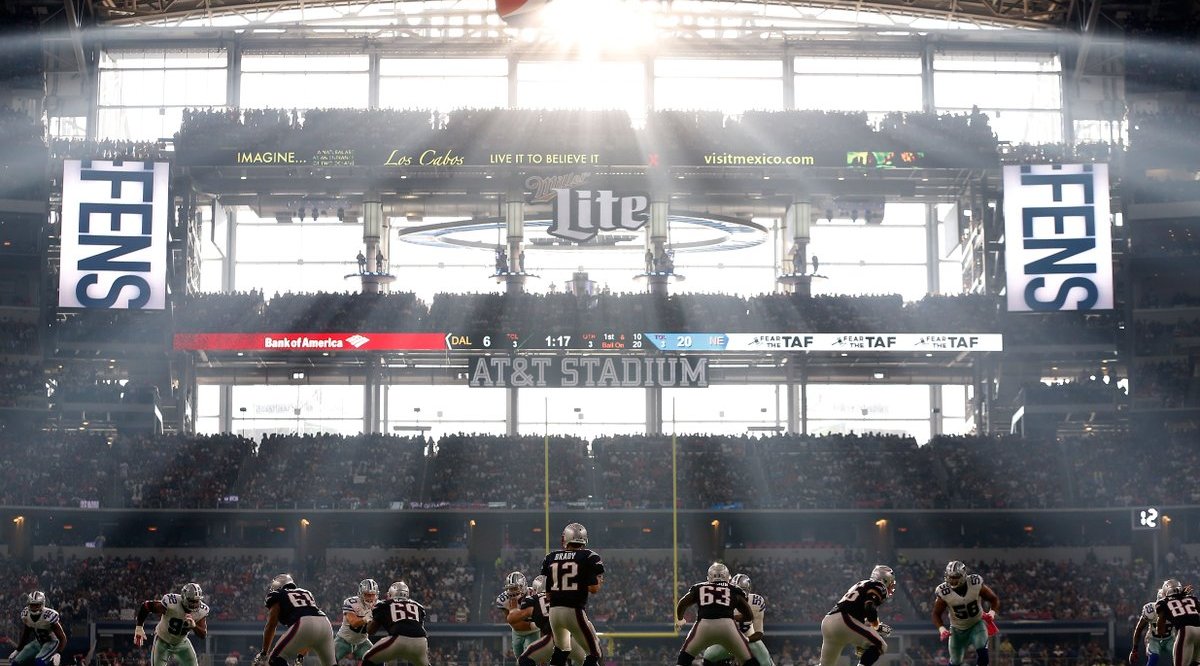 It’s not much of an exaggeration to call tomorrow’s matchup with the Dallas Cowboys (6-4) the ‘Game of the Year’, as it pits the NFL’s best team against its most popular team in a nationally–televised game.

Here are some things to consider entering this Week 12 game.

1. Can the banged-up offense deliver?

The Patriots’ offense was shaky at best during their win against the Eagles, with a porous offensive line making it hard for Tom Brady to find any sort of rhythm. Tomorrow’s task won’t be any easier, as the team is likely to play without receivers Mohamed Sanu (ankle) and Phillip Dorsett (concussion), which will thrust N’Keal Harry and Jakobi Meyers into larger roles. Meyers had some clear miscommunication with Brady during the game against the Eagles, which they have hopefully been able to iron out throughout the week at practice. Dallas’ secondary has struggled in recent weeks, so it will be imperative for the Patriots’ receivers to find separation

The X-factor for this game should be the return of Isaiah Wynn to the lineup, as he replaces the struggling Marshall Newhouse as the protector of Brady’s blind side. Wynn will be tested right away, as the Cowboys have an incredibly talented defensive line, with pass rushers such as Demarcus Lawrence and Robert Quinn. Michael Bennett will also be making his return to Foxborough after being traded to Dallas a few weeks ago, following a disagreement with the Patriots’ coaching staff. Wynn’s return should help fortify the offensive line, and help boost the offense as a whole, as his agility will be useful in run-blocking and setting up screen passes.

The team’s running backs will also be essential, as the forecast is calling for rain throughout the game. Look for Sony Michel and James White to be involved early and often as Josh McDaniels looks for ways to take pressure off of Tom Brady.

2. Can the defense lockdown the NFL’s best offense?

The Cowboys’ offense has been humming lately, with Dak Prescott solidifying his place amongst the favorites for MVP, due to a handful of dominant performances. Prescott has been able to silence the narrative that he’s reliant on Ezekiel Elliot and the running game, as the passing game has carried Dallas as of late. Prescott is protected by one of the league’s best offensive lines, and has a bevy of weapons at his disposal, including Amari Cooper, Michael Gallup, Randall Cobb, and Jason Witten. The main matchup of this game may be Cooper vs Stephon Gilmore, as Cooper has been Prescott’s top target throughout the season. If Gilmore is able to lock up Cooper, it would go a long way in helping the Patriots stifle Dallas. In addition, Jason McCourty and Jonathan Jones will need to be able to limit Gallup and Cobb, as the two are capable of lifting Dallas when Cooper isn’t as successful.

Even though Ezekiel Elliot hasn’t been as effective this year, he is still capable of shredding the Patriots’ defense if he has lanes to run through. Due to the rainy conditions, it wouldn’t be overly surprising to see Dallas try to get Elliot going, either as a rusher or a pass catcher. Hence, the Patriots’ defensive line and linebackers will have to be alert if they want to slow him down.

Here are my picks for the rest of the NFL’s Week 12 games (excluding Thursday Night Football).