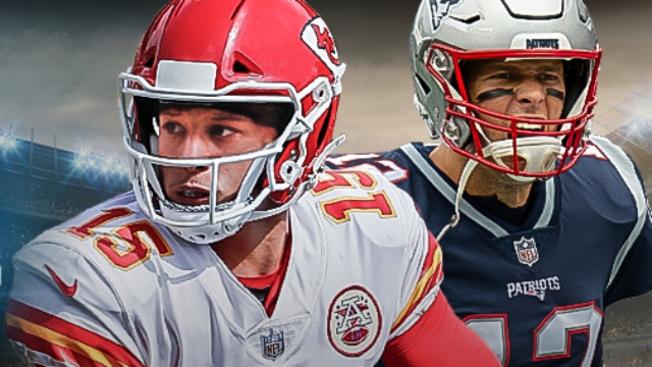 On Sunday Night Football, the Patriots take on the high-flying Kansas City Chiefs (5-0) in a contest that may help to determine the flow of the 2019 AFC Playoffs. Coming off of a dominant 2-game winning streak, the Patriots will have their hands full against second-year quarterback Patrick Mahomes and his assortment of weapons…

Here are some things to consider entering Sunday’s game.

The last two times the Patriots have faced the Chiefs in the regular season, it has been rather lopsided in favor of Kansas City, as Andy Reid’s team has outscored the Pats 83-44, which may not sound encouraging for most Pats fans. Both games (in 2014 & 2017, respectively) featured an absolutely porous New England defense, along with Tom Brady running for his life, due to the inability of the offensive line to protect him. Most analysts project this game to be a shootout (which doesn’t bode well for the Pats defense), but Brady should be much more well-protected, as his offensive line is now amongst the top ten offensive lines in the league.

Rob Gronkowski has been one of the most dominant tight ends in NFL history, ever since his entry to the league in 2010. Gronk’s position as the NFL’s top tight end has not really been questioned until now, as there are several analysts who now believe that Kansas City’s tight end, Travis Kelce, has surpassed Gronk. Reporters took advantage of this week’s matchup to question Gronk on his feelings about Kelce. Naturally, Gronk complimented Kelce’s ability as a pass-catcher and made a point of mentioning that this week’s game was between the Patriots and the Chiefs, not Gronk and Kelce. Putting my bias aside, I truly believe that Gronk is the superior tight end, as he is both a dynamic pass-catcher and a hell of a blocker for the running game. In comparison, Kelce is a great pass-catcher who benefits from having dynamic talents around him, and at the same time, he cannot block well at all.

Patrick Mahomes has been seen as a legitimate MVP candidate due to his performance over the last 5 weeks, as he has thrown for over 1500 yards and 14 touchdowns. Mahomes has demonstrated an ability to get away from pressure and dissect defenses down the field with his impressive throwing arm. Unfortunately for the Pats, they’ll also have to deal with running back Kareem Hunt, who had his coming out party against them in last year’s opener, with over 250 total yards from scrimmage. Add in Tyreek Hill and Travis Kelce to the mix, and it’s going to be hard for the Patriots to shut down all of Kansas City’s weapons. Luckily enough for Bill Belichick, he and his staff have had over 10 days to prepare for the Chiefs, so expect the Pats to have some tricks up their sleeves.

4. Can the Brady Bunch keep pace with KC?

Last week’s game against the Colts was a good omen for the Pats offense, as they welcomed back Julian Edelman back from suspension, and received valuable contributions from other playmakers including Josh Gordon, Sony Michel, and James White. At the same time, the offense was slightly sloppy in the second half, which made the game too close for comfort. The Pats will need to be on their A-game on Sunday if they hope to keep up with Mahomes and the Chiefs. The Pats should be in for a shootout, as Kansas City’s defense currently ranks as the NFL’s worst defense in terms of yards allowed and they may be playing without two of their most important defenders in Eric Berry and Justin Houston, respectively. If the Pats can play at their highest potential, they will have a good chance of knocking off the undefeated Chiefs.