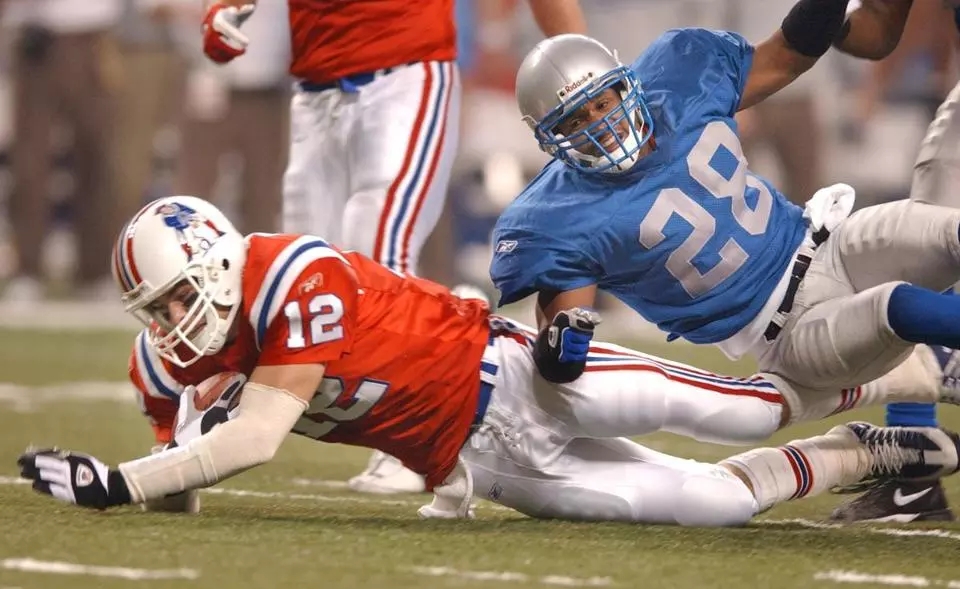 On Sunday Night Football, the Patriots head to the Motor City to take on the Detroit Lions and their former defensive coordinator, Matt Patricia. Both teams come off of disappointing losses in Week 2, and hope that a win tomorrow night can spur them in the right direction for the rest of the season.

Here are some things to look forward to during tomorrow’s contest.

1. Can the Pats’ defense rebound from last week?

Last week’s game in Jacksonville was not very successful for the Patriots’ defense, as they were absolutely inept against a very determined Jaguars offense. It was dispiriting to see the Jaguars advance down the field with absolute ease. Unfortunately for the Patriots, their Week 3 assignment will not be any easier, as they take on Matthew Stafford and the explosive Lions’ offense. The Lions offense has been a very inconsistent unit over the past 2 weeks, as they were decimated by the New York Jets in Week 1, during which Stafford threw 4 interceptions. Week 2 was a definite improvement for the Lions (even though they lost), as they nearly overcame a fourth quarter deficit to defeat Jimmy Garoppolo and the 49ers.

As mentioned by New England cornerback, Eric Rowe, the Lions feature the best wide receiver corps the Pats have faced all season, as they have Marvin Jones, and Golden Tate who are probably licking their chops at the prospect of facing a Pats’ secondary that got dissected last week.

To have a chance at limiting the Lions’ high-powered offense, the Pats should take a look at what the Jets did in Week 1, as they were able to consistently get after Stafford and force him to make key mistakes. To do so, the Pats will need to have a consistent pass rush and a much better performance from their secondary.

The major schematic battle during tomorrow night’s game will be between former comrades, Matt Patricia and Josh McDaniels. As the two men worked closely for multiple years, they are most probably aware of each other’s preferences and weaknesses, which makes it interesting to wonder the ways in which both will exploit their knowledge of the other coach’s system. I also expect Patricia and McDaniels to tweak their game plans a fair amount in order to gain an edge.

Switching the focus to the players on both teams, I think it’s fair to say that the Patriots offense should feel confident about their matchup against a short-handed Lions defense who may be playing without their best corner in Darius Slay. Rob Gronkowski, Chris Hogan, and the rest of the Pats’ playmakers should play much better than last week, as they are not facing a suffocating defense. It’s a stretch to expect new addition Josh Gordon to have a big role in tomorrow’s game, but he has had great success against the Lions in the past, as he totaled over 130 yards against them in 2013.

If the Patriots emerge victorious tomorrow, it will be their 300th win under the ownership of Robert Kraft. This would be a remarkable accomplishment for Mr. Kraft, as he has been instrumental in helping lead the Patriots from being a laughing stock to the class of the league with 5 Super Bowl championships after purchasing the team in 1994.

b) TB12 hopes to remain perfect against Detroit

Last week’s loss in Jacksonville snapped Tom Brady’s perfect record against the Jaguars, but a win tomorrow will make him 5-0 against the Lions. Interestingly enough, Brady and the Pats’ offense have outscored the Lions 127-66 in 4 previous matchups.