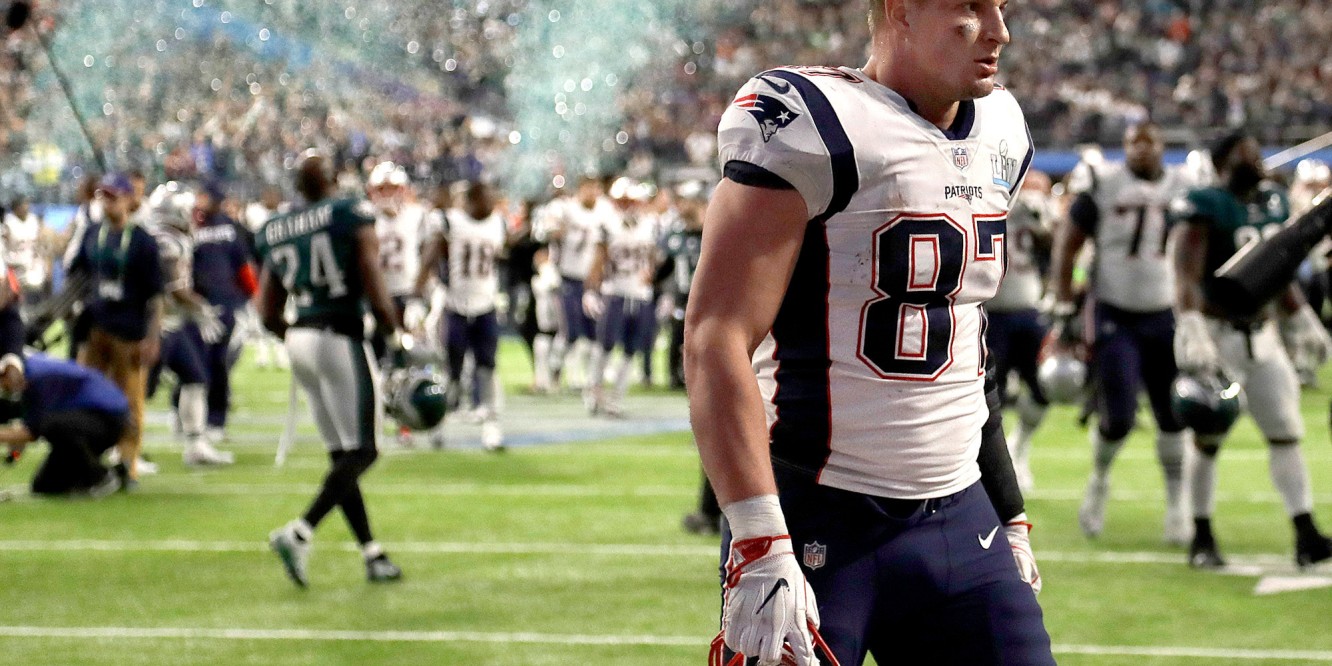 The Patriots lost a heartbreaking contest against the Philadelphia Eagles in Super Bowl LII, as they fell short with a 41-33 loss. The Patriots’ bid to win back-to-back Super Bowls was thwarted by a brilliant performance from Nick Foles, and a game-changing strip sack of Tom Brady with just over 2 minutes to play.

Here are a few takeaways from yesterday’s game.

1. How much more can Tom Brady do?

Tom Brady had a excellent performance against the Eagles, as he threw for over 500 yards (a new Super Bowl record) to go along with 3 touchdowns. Brady was able to dissect the formidable Eagles defense, allowing the Patriots to stay in the game. However, two plays are going to define Brady’s performance in this Super Bowl. Early in the first half, the Patriots opted to try some trickery, as Danny Amendola lofted the ball to TB12, who was unable to corral it on third down. This led to the Pats going for it on fourth down, and giving the ball back to Philadelphia.

The play of the game came with just over 2 minutes left in the fourth quarter. The Pats had just surrendered a touchdown, giving Brady the ball back with a chance to win the game. Brady calmly completed his first pass getting the Pats the 38-yard-line. It appeared as if Brady was going to work his magic again, and win his sixth ring in the process. However, on the next play, Brandon Graham got after his fellow Michigan alum, and forced a fumble that his teammates were able to recover. The fumble gave Philly great field position to milk the clock and extend their lead.

Brady was let down by both his defense and his offensive line, as he had to constantly play from behind, and deal with constant pressure at the same time. He was only sacked one time, but it happened at the worst possible time.

2. The Patriots’ receivers came up big

Tom Brady and his weapons kept up their end of the bargain throughout the game, with Rob Gronkowksi, Danny Amendola, and Chris Hogan having monster games. Amendola had 8 catches for 152 yards, Hogan had 6 catches for 128 yards and a touchdown, while Gronk had 9 catches for 116 yards and 2 touchdowns. It is really disheartening to see such great performances in a loss, but at the same time, you can never say that the Patriots didn’t do their absolute best to claw their way back into this game.

3. The Patriots’ defense was terrible

The Patriots’ defense picked the worst time possible to have their worst performance of the year, as they were thoroughly ripped apart by Nick Foles and the Eagles’ offense. They could not get off the field on third down, and also gave up two critical fourth down conversions, with one of them coming on Philly’s side of the field on their game-winning drive. They only forced one point and couldn’t sack Foles.

Other than Stephon Gilmore, the Pats’ secondary struggled heavily, with Eric Rowe giving up several long plays, including a 34-yard touchdown to Alshon Jeffery, and Devin McCourty not being able to cover Zach Ertz on both a crucial fourth down conversion and the game-winning touchdown. The most puzzling aspect of the game was that Matt Patricia opened up the game with Rowe covering Jeffery, which was a matchup that the Eagles exploited on several occasions. Moving Gilmore onto Jeffery earlier would have limited the damage in the first half.

Another mystery of the game was that Malcolm Butler didn’t play a single defensive snap, with Rowe replacing him as a starter. No one knows why Butler was benched, and the Patriots were very cryptic with their responses to the question. However, two things are very clear about Butler’s situation. Having Butler in the lineup would have definitely helped the secondary, and this was probably the last time we saw the Super Bowl XLIX hero in a Patriots uniform.

The Patriots’ bizarre game plan on defense, and their inability to stop the Eagles during crucial situations clearly cost them the game, and also wasted a historic performance by the Patriots’ offense.

It was also a rough night for the Patriots’ special teams unit, as several miscues cost the Patriots points that would have been useful towards the ending of the game. With the Patriots trailing 9-3 in the second quarter, they opted to go for a field goal on 4th & 1 from the Eagles’ 8-yard-line, but their efforts were derailed when long snapper Joe Cardona had an errant snap. Stephen Gostkowski was still able to rush the kick, but it hit the left uprights. Gostkowski also missed an extra point later on in the second quarter.