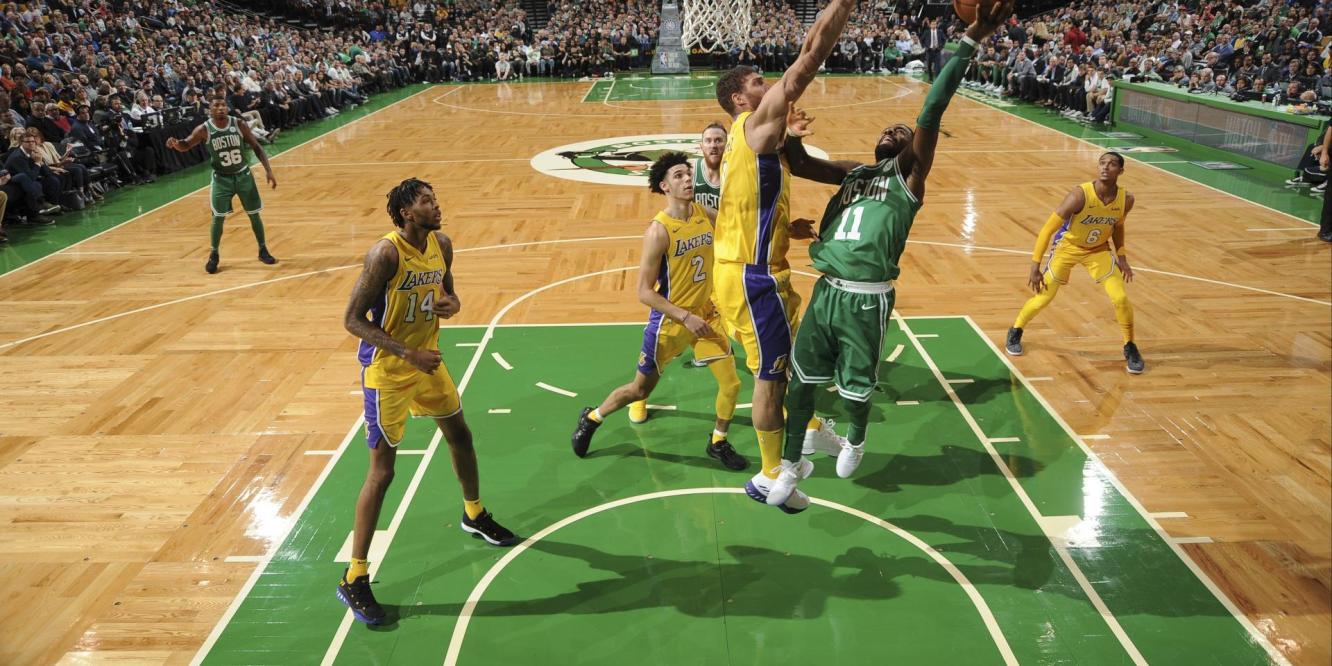 It wasn’t pretty but they got it done…

The Celtics were able to survive a ferocious comeback attempt by their arch-rivals, the Los Angeles Lakers, ending the night with a 107-96 win. The win over Los Angeles extended the Celtics’ winning streak to 10 games. Boston was fueled to victory by Kyrie Irving, Marcus Smart, and some unlikely heroes.

Here are a few takeaways from yesterday’s game.

1. Kyrie Irving continues to be the Celtics’ closer

Uncle Drew didn’t have the best of nights, going only 7-for-21 from the field, but he did finish with 19 points, 6 rebounds, and 5 assists. Irving credited his poor shooting night to the long arms and strong defense of the Lakers. Throughout this season, Irving has shown us why the Celtics gave up so much to get him, as he has been heavily responsible for the Celtics’ success in the fourth quarter. That trend didn’t change against the Lakers, as ‘The Kid’ had two clutch layups as soon as he checked in, and also had a key steal which derailed a fast break for the Lakers.

I must admit that I didn’t know who Aron Baynes was before this season, but he has quickly endeared himself to the Boston faithful due to the passion and grit he displays whenever he is on the court. Baynes has been a key contributor to the Celtics’ recent success, but he never had a heavy dosage of scoring. That changed tonight, with Baynes leading the Celtics with 21 points (which tied his career high). The Celtics have been able to continue fighting after Gordon Hayward’s devastating injury, due to the key contributions of several role players, such as Aron Baynes.

Marcus Morris and Marcus Smart were both important contributors during yesterday’s game, with the two players scoring 18 points and 9 points, respectively. Smart made up for his lack of scoring with several aggressive plays on defense. Smart’s overall production throughout the game can be summed up by his emphatic block on Lonzo Ball, which came at a point where the Lakers were trying to steal the game’s momentum. Morris was also a key cog in the Celtics’ offense down the stretch, where he hit a late three pointer to extend the Boston lead.

4. The Celtics will need to weather more injuries to continue winning

The Celtics were without Al Horford during yesterday’s game due to a concussion, and were lucky to have big men Aron Baynes, and Daniel Theis play well in his absence. One worrying development from yesterday’s game was Jayson Tatum, who left yesterday’s game with ankle soreness. The Celtics said that he wore a walking boot as a precaution, and that they will have more updates as soon as they learn more. Horford missed 9 games last year due to a concussion, and Boston will certainly be hoping that he doesn’t miss that much time this year.